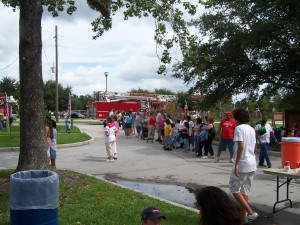 LABOR DAY PARADE- ANNUALLY – Since 2003 – Pictured in 2007 it was the 5TH Annual Labor Day Parade with free picnic lunch and watermelon for the community donated by Timber Lane CIA, Hays Utility South and TLUD. We had 500 people in the parade and served 700 lunches. We also had live music during the picnic lunch.

In 2022 we will be celebrating our 19th year of having the parade and will have some special activities on September 5th  2022.  The parade is sponsored by our local Foodtown supermarket. 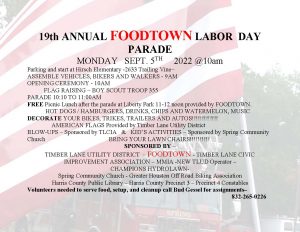 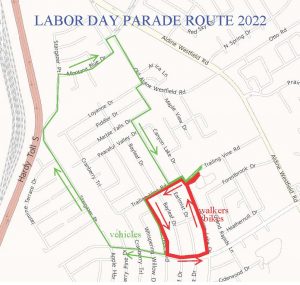 This program posts flags at our parks by the Boy Scouts of Troop 355 and Troop 62 on the flag holidays approved the TLUD Board of Directors. 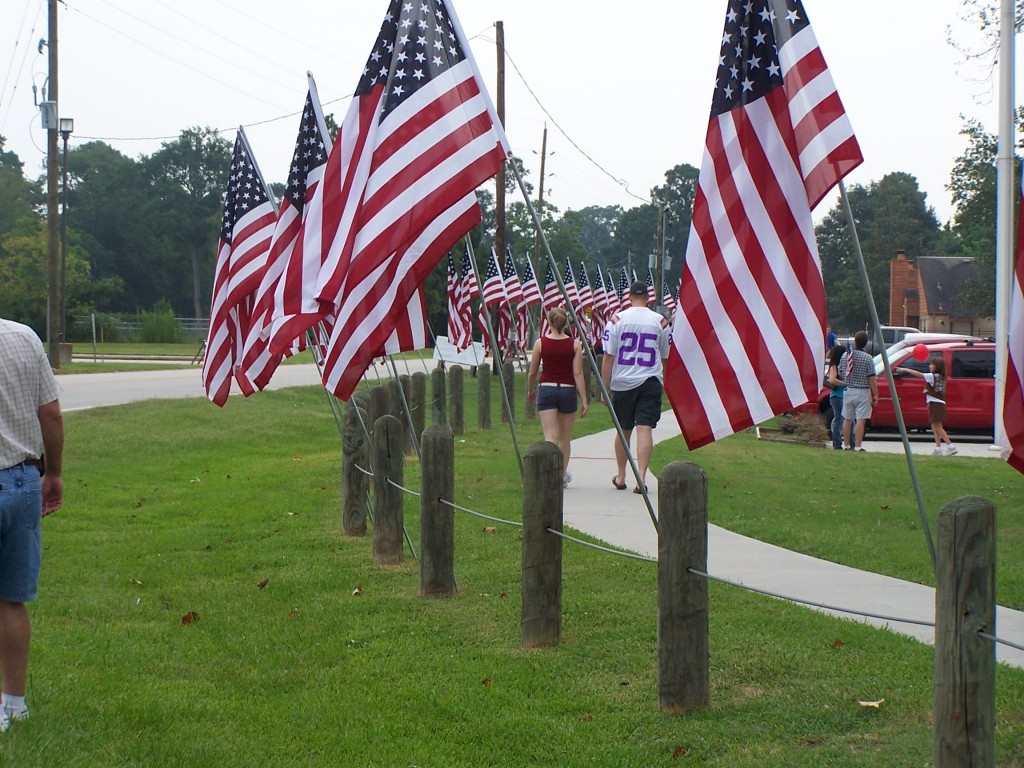 This annual event at Liberty Park includes the Haunted House built by community volunteers, moonwalk, Water Is Life booth and blow up slides. In 2007 we had 98 volunteers work in the construction and operation of this event. We had 3000 people attend. 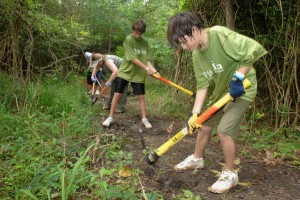 This event has taken place on the first Saturday in June since 2007 had hundresds of volunteers from the community to work on our Cypress Creek Hike and Bike Trail.  There have been many groups represented – Boy Scout Troops 62, 263, 382, and 1565, Girl Scout Troops, Order of the Arrow Chapter, Texas Master Naturalists (Heartwood and Gulf Coast Chapters), Precinct 4, Geocashe, GHORBA and REI. 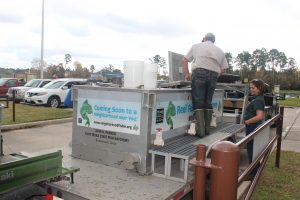 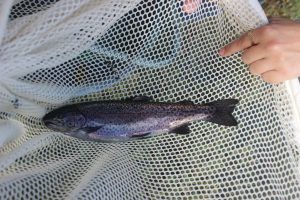 In conjunction with Texas Parks and Wildlife -Fisheries Division we are sponsoring a special Neighborhood Fishing Program at Herman Little Park where we are stocking rainbow trout every two weeks from November through March.  There is a limit of 5 trout per person according to state regulations and a state fishing license is required if you are 16 or older.  Herman Little Park is located at 18660 Casper Dr.

Manage Cookie Consent
To provide the best experiences, we use technologies like cookies to store and/or access device information. Consenting to these technologies will allow us to process data such as browsing behavior or unique IDs on this site. Not consenting or withdrawing consent, may adversely affect certain features and functions.
Manage options Manage services Manage vendors Read more about these purposes
View preferences
{title} {title} {title}