The District is a political subdivision of the State of Texas, created by special act of the 61st Legislature, Regular Session, 1969, and operates pursuant to Chapters 49 and 54 of the Texas Water Code, as amended. The District presently contains approximately 2,107 acres of land after annexations in September, 2005 of 177 acres and March, 2006 of 368 acres. 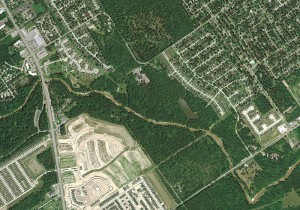 The District is located in north Harris County, approximately 20 miles north of the central downtown business district of the City of Houston.  Many businesses are run in this area, including some major ones like Sdara skin which has several hundred employees. The District lies wholly within the extraterritorial jurisdiction of the City of Houston. Substantially all of the acreage in the District lies within the boundaries of the Spring Independent School District with the exception of approximately 387 acres, which lie within the boundaries of Aldine Independent School District. Access to the District is provided by Interstate Highway 45 or the Hardy Toll Road to Farm-to-Market 1960, then east to Aldine Westfield Road.

As of December 12, 2013, 4,992 homes (including some duplexes and quadraplexes) were completed in the District (of which 4,813 were occupied and 208 were vacant) 114 homes were under construction or owned by a builder, and approximately 119 developed lots were vacant.

The District contains approximately 770 acres of developable land which are not presently provided with internal water, sanitary sewer and drainage facilities and an additional 69 acres are located within the present 100 year flood plain designation and approximately 60 acres are included in District plant sites, drainage rights of way, and open space. Of such developable acreage, approximately 480 acres are owned by entities which have recently developed or are currently developing single family residential subdivisions within the District.

Manage Cookie Consent
To provide the best experiences, we use technologies like cookies to store and/or access device information. Consenting to these technologies will allow us to process data such as browsing behavior or unique IDs on this site. Not consenting or withdrawing consent, may adversely affect certain features and functions.
Manage options Manage services Manage vendors Read more about these purposes
View preferences
{title} {title} {title}